I found this on the Intercept_

It’s a questionnaire they maintain that determines if somebody is likely to do something incredibly stupid.

(Such as perform an act of terrorism).

The questionnaire is actually quite good.

The Intercept_ : 48 Questions The FBI Uses To Determine If Someone Is A Likely Terrorist

You can find the real Terrorist Survey here. 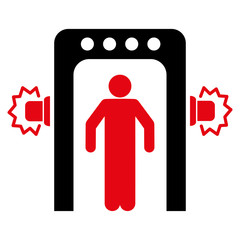 The survey seems to achieve its purpose in my opinion.

Whenever some new ethnically diverse and coincidentally religiously Muslim goes ape and kills a bunch of people we always discover (afterwards) that this was a seriously troubled boy. He lost his job, he battered his wife and/or girlfriend so she left him, he had run-ins with the law, he lost his job, he was loud and obnoxious to his neighbors, he spent months just bumming online looking at rape, crucifixion and beheading-videos, he stopped wearing regular clothes and so on and so forth.

That poor immigrant just didn’t get the full benefits of our diverse and tolerant society, because of well, racism and intolerance and inequality and such.

It was only a matter of time before he lashed out.

We then later learn that “authorities” already had the fuckwit radical Islamist on “their radar”, or that he had been “under surveillance”.

We then all shake our heads and think “ow fuck, not again”!

A questionnaire such as this, which produces a score, can be a valuable tool to detect which people are more likely to go truly piously Muslim and kill innocents.

Also: while investigating somebody, a suspect, the investigator can use the survey and the score to halt an investigation. Low score, this guy is ethnically diverse and a homophobic, misogynistic religious zealot, but he watched regular soccer and brings his kids to school. Let’s pack it up and direct our resources elsewhere.

I see benefits all over the place.

I recently read an article in one of our national newspapers which was like a profile of a terrorist.

This ethnically diverse and religiously Muslim gentleman became radicalized after his brother was deported out of the Netherlands. His brother belonged to “de Hofstadgroep”, the group around the murderer of Theo van Gogh. His brother was convicted of terrorism and plotting terrorist attacks (with that group) against Dutch institutions. He served a jail-sentence and was then kicked out the Netherlands and barred from ever entering the EU (or anywhere else) again.

After the racist horror and deportation that befell his brother the Muslim became all fanatical and started watching ISIS videos every fucking day.

Beheadings, children being forced to perform executions, people being set on fire, gays (and others) being thrown of buildings and my personal favourite, crucifixions.

(I am not making that up, ISIS nails people to crosses, while alive, and then lets them bake and slowly perish in the burning sun)

Anyway this ISIS loving radicalized Muslim sells children’s clothing on a local market, like 500 mtrs from our house.

That market is packed with people from Tuesday to Saturday.

He explains in the article about this area, our neighborhood:

“I feel nothing for these people”.

He then goes on to explain that he’s become isolated, that he doesn’t even trust his fellow Muslims at the mosque anymore.

He furthermore explains that he has a young son, aged five (5), who he takes to mosque.

After mosque, the kids gets an ice-cream and then they head home, go online, to return to the ISIS channel.

Yes. With his fucking five-year old!

The “journalist” portrayed him as a sad man, she showed ZERO concern for the people visiting that market, his neighbors or the young child.

Her care and empathy was clearly with this poor estranged immigrant with socio-economic problems.

In the end he explains he wants to go to Raqqa, to Syria, or perhaps back to Morocco, where he’s from.

The only reason he’s not left already?

His father is ill and on benefits.

This is the “parent” who raised one terrorist who already went to jail and was deported.

And a second one who doesn’t give a fuck about his wife, child, society at large and is ready to escalate and go religious Muslim apeshit.

But yea… that Dutch state he so hates, run by those fucking infidels?

There is a lot of “love” and “admiration” for ISIS.

I grabbed this from a Dutch rap-video (by Moroccans, in gibberish Dutch).

So how old is this kid?

He’s on some form of roller-skates, camera opens on his back, he twists around to the sound of the beat and then his shirt opens.

We see the ISIS terrorist, the Arabic, the mask…

And then he does a double fuck-you, using both his fingers.

What are we thinking here?

This kid is functioning normally?

His parents, older siblings and circle of friends are doing a terrific job?

This kid should get immediate help, therapy and be placed in foster care.

If I apply just some of the Q’s in this questionnaire to this poor isolated immigrant selling children’s clothing on our market, or the weirdo in Germany, or the nutbag in Turkey, or Breivik, or any other defective piece of shit that turns a school into a massacre, armed to the teeth?

You will see that they get a high score on this survey.

Since now it got leaked.

As a professional who knows a lot about questionnaire design, survey methodology, data-collection and analysis, I am very pleased to see the FBI is doing something right.

Since now it got leaked.