I first became aware of your elections when Ronald Reagan, a former actor and spokesmodel, became your President. I was quite young then, but I remember finding it odd. Snippets of the campaign were reported on television (I didn’t read any newspapers then). His campaign videos were god-awful. He turned out to be a bit of a nutbag. He then got shot by another nutbag who apparently did this for Jodie Foster since he liked her so much in a movie called Taxi Driver? American politics was just great, so I decided to explore a bit further.

It was quite easy to rent and view Taxi Driver. As it turned out Jodie Foster played a 14yo  prostitute in the movie. She gets “saved” from that life by a psychopathic Taxi Driver (played by Robert de Niro) who ends up shooting a lot of bad guys at the bloody ending of the movie. There is a sideplot in the movie where Robert de Niro kind of “stalks” a woman who works as a campaign manager for a local politician a bit. It appears, for a good while, that the Taxi Driver, is gonna assassinate the candidate. After some further investigating I found out that Reagan wasn’t your 1st President to get shot. Watching a BBC series on the assassination of Kennedy as a young teenager blew my mind. I thought the United States was just awesome !

Reagan then nearly bankrupted your country.

Since then I’ve dutifully “followed” your elections and that’s why I am writing you now.

Over the years your “elections” haven’t gotten any better. In fact things have gotten much, much worse. After 8 gruelling years (almost a decade) of shock, dismay and at times horror, Bush didn’t turn out to be any better than Reagan. His running mate wasn’t able to spell the word “tomato” correctly. He got into power, declared a new world order, since the Iron Wall had come down and unleashed a massive attack on Iraq. It was the 1st chance for the US military to flex its muscles and fieldtest an abudance of new (satellite) controlled systems and harware. Millions died in the decades that followed.

From the 1990s onwards we get several US based television channels broadcast on Dutch cable, such as CNN, NBC, Bloomberg, whatever. So since the 1990s I’ve been able to really follow US elections on television. It’s been a shocking experience. Your elections are … well they’re not really elections. It’s a circus. The amounts of money being spent, the role of big business, the role and influence of the media, the way campaigns are run, the two-party system, the Senate, the Congress. I must admit I think it kind of sucks.

Clinton bombed Yugoslavia and Kosovo for the credibility (and subsequent expansion) of NATO, something our Eurocrats loved, so he is regarded as a bit of a saint over here. Our PM adored him and apparently they “spoke on the phone quite a few times”. When our PM retired from political life (he was already a very important member of various boards of industry then) Bill Clinton did a speech. It was broadcast on a huge screen. Our PM actually cried. I shit you not. Clinton also made Helmut Kohl cry once. I never much cared for Clinton. He presided over an economic “boom” of sorts, but as he was leaving office, the cracks were beginning to show.

His easing and scrapping of banking- and finance regulations would result in an economic meltdown of 1930s proportions years later.

Because of the Internet explosion I was able to read your higher quality newspapers online during your next election. It was just disgraceful. We had Al Gore vs. one of the sons of the former President? That’s democracy for you. In a country of 300 million plus people. The “best” candidate in a two-party system, is the son of the former President? Sounds plausible. The clusterfuck that happened in Florida was just disgraceful. I’d call it a selection, not an election. 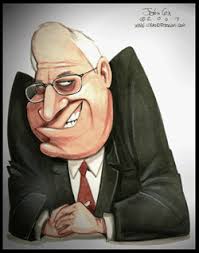 The boy emperor wasn’t much of a President, he had Dick Cheney and Donald Rumsfeld to make all the real decisions. He spent a lot of time away from Washington – at his ranch, in the middle of nowhere in Texas. He turned out to be an incredibly dumb person. He had trouble speaking, trouble making an argument, trouble being coherent, trouble acting normal and yea … lots of trouble doing his fucking job. His economic “policy” was catastrophic. I’ve never seen anything like it. The invasion of Iraq, the nightmare that followed, particularly the torture, it’s all just horrendous.

Remember the “axis of evil”? The “evildoers”? “I am the decider”?

And fo make it all even more fun – he was an ex-cokehead turned religious nut.

I was living and working in the UK when the elections of 2008 took place. The US (and world) economy had just melted and I was mostly considering going back home to the Netherlands where I have all kinds of social-security rights. (The company I was working for was doing badly, entire offices were empty, boxes everywhere, people crying and empty desks). The Obama campaign was a digital success story. They had a top-notch team. Their “brand”, the Obama/Hope poster, the campaign strategy and marketing won a prize, for the best “branding’ from the advertising industry. Everybody loved Obama so Hollywood jumped on the bandwagon making his campaign (and subsequent Presidency) very media- and entertainment oriented. We saw this repeat, but much more extensively, in 2012.

The Obama (advertising) election campaign of 2012 cost 1.1. billion dollars, which is only a small portion of the 7 billion that was spent in total by all federal candidates that election year. More than a billion dollars spent on an election-campaign? That’s just nuts. If that’s the kind of money (and team) you need to become President? Then the system is not democratic by definition.

Obama didn’t have any real opposition. People hated Hillary in 2008 and she got the Secretary of State job so it all worked out. John McCain was an old man. His campaign was pretty bad. His worst mistake was of course Sarah Palin. She came off as a bipolar woman on the wrong medication. It was agonizing to watch and read about. In 2012 he ran against a religious nut, a Mormon.They believe their God lives on some other planet and they have to wear magic underwear and can marry as many wives as they want. They’re truly delusional.

Obama was much better than Bush, but the secrecy, security and special operations have only grown and expanded.

I didn’t think it was possible but this year’s “elections” have surpassed all. It’s still business, money, media and entertainment oriented. But the “entertainment” has reached the level of Jerry Springer – up to and including the throwing of chairs. Again your democracy has taken a turn for the worse. Hillary Rodham-Clinton (now just Clinton), the wife of the former President?

That’s choice? As a true progressive, I liked Bernie Sanders a lot more. However, he’s a 70+ year old man. And apparently big business, the media and the Democratic Party elite had decided he wasn’t gonna win, so they sabotaged his campaign somewhat. Apparently the head of the Democratic Party had to resign over the scandal? That’s a vibrant democracy you Americans have over there. Congrats !

On the other side of the aisle, however, things are just clinically insane. Donald Trump, the presumptive nominee of the Republican Party of the USA, is like a roller-coaster accident involving mentally disabled children and hazzardous materials.

He’s a mob-connected (Russian mob and Italian mob), tax-evading, development-scam artist, billionaire and reality-TV star. He’s also a sexual predator who’s now been accused by 10+ women of some form of sexual harrassment or assault. He’s racist, misogynist and appears to be the most unfit person to hold public office ever.

The money spent this “election”-cycle has only gotten worse: Washington Post: Campaign Finance

Trump isn’t just an asshole, he’s an incompetent asshole. I would not let this fucking guy make me scrambled eggs. I think he’d fuck up the eggs and the kitchen.

The way he behaves, pretty much everything he says and stands for… is an insult to the intellect, one’s moral compass and normal all standards of civil, professional conduct. Often enough my ears can simply not take it. I have shut down videos containing Trump spewing his drivel and madness numerous times. What I found to be most disturbing is his encounter with a 10? year old girl. The poor girl was all dolled up, dressed up for some Miss Teen contest. As he enters an elevator with her he says, “Just think, I’ll be dating her in 10 years”. What a dick ! And let’s be honest here, my dear American, friends…

We all know he meant he’d grope her in that elevator in 6-7 years, right?

So yes, given the “choice” presented here?

I am a single dad with a teenage daughter. Her mom (my ex) comes and visits all the time. Living in a house with two ladies with an ever so slightly, but vocal militant feminist slant has been quite the experience during this democratic, transparant, well-covered campaign about opposing issues and ideas. In fact: it’s been a nightmare of biblical proportions.

I’ll be honest. I cannot take it. Reagan for 8 years, 12 years of Bush. I cannot take 12 days of President Trump. I simply can’t. There I said it. And to be frank, I cannot for the life of me figure out why (some of) you would even consider him for President. Why hasn’t this douchebag been laughed out of town ages ago?  It’s time to get your head in the game. This guy cannot, must not, become President.

If I may paraphrase George C. Scott from Dr. Strangelove: “It is necessary now, to make a choice. We much choose between two, admittedly regrettable, but distinguishable [ post-election..] environments“. And you do. I don’t think there has ever been a starker choice to be made. So sure, Hillary may be a nasty woman, but she’s not Trump. So vote “Not Trump” in November !

I mean her campaign poster is way cooler anyways.

My dear Americans, what the fuck is going on people?!??