Home English A Bullet In The Head

This is my second (2nd) example of what I like to call “rich media”.

It’s an article from The Intercept_

The Intercept_ was founded (in part) by Glenn Greenwald and Jeremy Scahill – two fantastic investigative reporters.

I encourage you to read the Intercept_ – it’s solid reporting and they still report Snowden revelations; they’re still going through his files.

I also encourage you to take a look at the website itself, the way it behaves, its look and feel.

It find it very slick and also very user-friendly as a (visually impaired) reader.

I particularly like their longform articles; their longreads are very good, well researched and well written.

In this case they added illustrations which not only look gorgeous, but really complement the article.

The Intercept: The Crimes of SEAL Team 6 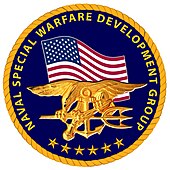 It’s a great article, very well written and well researched. It’s impressive they got some of these “special” operators to open up and talk.

I have to be perfectly honest here. I am not entirely sure where I stand on this. I see a lot of horrible and reprehensible stuff. I find the whole hatchet/tomahawk going a bit too far and yea missing money, scheming and lying to superiors, all not quite cool.

…this harping on and on about how they shoot people through the head once they’re already dead (or admittedly to make sure they’re dead and don’t drop some grenade) – I really don’t see the problem there. These people are dead. And even before that final shot through the head their bodies would have been burned, scarred, wounded, maimed anyway because of the gunfire that came before that final headshot.

I am sure it’s not all quite honorable, but these guys are dealing with crazy, religious Muslim zealots who will go at it till death.

And yea, it’s all just bad.

It’s all horrendous and horrible.

And nope… I wouldn’t be able to do it, order it, review it or be near it.

In fact… I find it hard to read about it.

Religious zealots, who believe they’re going to some “paradise” when they die.

It’s not as if we can sit down and have a chat and a beer with these people and then cut some kind of deal with radical Islam.

They’re in it till death.

They’ve made their demands abundantly clear.

I am sorry, but I don’t care if they get shot in the head.